What makes Bangalore the most livable city in India?

Bangalore, additionally called Bengaluru, is the capital of Karnataka. Being India’s third-biggest city offering the best job opportunities, it attracts a lot of working professionals. In a current survey, Bangalore was voted to be the most ‘livable’ city in India. Beating Mumbai, New Delhi, Chennai, and Kolkata, this city bags the trophy according to reports by the Centre of Science and Environment. In terms of cleanliness, Bangalore ranks twelfth in India.

This massive cosmopolitan is the hub for major tech companies giving rise to more and more job opportunities. Bangalore is the center of India’s IT industry, popularly known and titled as the ‘Silicon Valley of India’. Bangalore is praised for its perfect weather, all year round. Its altitude being the highest in comparison to other renowned cities in India keeps it on a pedestal. Having ranked as India’s 5th most effective metropolitan area, Bangalore lives up to its title of the ‘most livable city in India’.

As of 2018, Bangalore has an est. of 33 billionaires including Kiran Mazumdar Shaw, Wipro chairperson Azim Premji, Infosys’ Narayana Murthy, and Shibulal among others. Inspiring the working population to live up to their fullest potential. There are many educational and research institutes.

If you are searching for your perfect destination to live a life of luxury and class, the garden city of Bangalore is the best option for you. You can say goodbye to your worries about missing out on modern infrastructures, lavish properties, and best-in-class hospitals, schools, and institutes. And for all the cinema lovers… the city is also home to the Kannada film industry!

Did you know how well connected Bangalore was?

The bustling metropolis of Bangalore is the capital of the Indian state of Karnataka. It offers ease of connectivity due to its road network being radial and converging towards the center. This has made it easier for commuters to move around the city.

KempeGowda International Airport is located at Devanahalli, 40 kilometers (25 miles) from Bangalore Central Business District (MG Road) and 30 kilometers (19 miles) from Bangalore City Railway Station. It is home to 10 domestic airlines and 21 international airlines, connecting the city to around 50 destinations across India and the rest of the world.

Bangalore has two main railway stations; Bangalore City Railway Station is located in the heart of the city, opposite the Majestic Bus Station. Most trains, both local and long-distance, arrive and depart here. The other terminal is Yeshwantpur Junction, located on the NH4 (Tumkur Road). Some trains (mainly long-distance trains) arrive and depart from here. Two smaller stations are Bangalore East and Bangalore Cantonment.

A city with endless opportunities is bound to offer the best of living residencies!

Bangalore, home to global firms and more than 400 multinationals, has a lot to offer its residents. This metropolitan city is the IT hub of India. It’s also one of the hottest real estate markets for residential and business purposes.

The city is divided into various sections with top locations for luxurious and extravagant properties like Indiranagar and Malleshwaram in Central Bangalore; Basavangudi, Electronic City and HSR Layout in South Bangalore; Hennur Road and Yelahanka in North Bangalore; Whitefield, Marathahalli and Old Madras Road in East Bangalore; and Rajajinagar in West Bangalore among others. Devanahalli, located 40 kilometers to the northeast of Bangalore, is emerging as one of the fastest developing areas of Bangalore with its enhanced connectivity, increasing number of IT parks, and lavish properties.

Each one of these areas has become a landmark for its real estate popularity. Bangalore’s most sought-after properties include 2 BHK, 3 BHK, and 4 BHK apartments, independent houses, and luxury villas with large courtyards.

Bangalore is one of India’s most populous and ever-evolving metropolitan areas. It’s a city that’s known for its lifestyle and infrastructure, and it’s been a prime spot for work-related travel for decades.

With its strategic location, increasing IT hubs, international connectivity, and modern infrastructure, Bangalore is becoming the center for real estate investment. The city with its posh areas such as Whitefield, Devanahalli, and Hennur Road is home to the best luxury villas with modern amenities and a sense of class for the cream of society. The city is becoming the hub for builders and developers all around the world leading to an increase in luxury residential projects in Bangalore. Developers such as Mahindra Lifespaces Developers, Prestige Group, Brigade Group, House of Hiranandani, and Fortius Infra among others have already established numerous projects for the population living in the lap of luxury with many more upcoming projects.

We’re here to help you find the right place in one of Bangalore’s many attractive suburbs, whether you’re just starting out or you’ve been looking for a while.

Click here to learn more about luxury real estate options in the Biggest IT hub of India!

Bangalore has become one of the world’s most popular business hubs.

Bangalore is the 18th most populous city in India, and it is catching up with New Delhi at a rate of 5% per year. It was the fastest-growing Indian city over a 10-year period, from 1991 to 2001, with a growth rate of nearly 40%. The population has been steadily increasing, and projections indicated that Bangalore might overtake Mumbai to become the country’s most populous city by 2020.

The city’s name changed from Bangalore to Bengaluru in November 2006. “Bangalore” (or “Bengaluru”) means “the village (or forest) of Bengal tigers.”

Between 1991 and 2001, the city grew by 38%, making it one of the fastest-growing cities in India, after New Delhi. Migration from other states are responsible for this rapid growth, due to Bangalore’s healthy economy, low cost of living, and high standard of living. Its GDP is $83 billion (2013 estimate), with an annual growth rate of 9%. The city houses many educational institutions such as National Law School (NLS), Christ University, Azim Premji University, and many more that attract students from other parts of India and abroad.

Brühat (BBMP, Greater Bangalore Municipality) of Mahanagar Palike, Bangalore is responsible for city administration. Created in 2007, the BBMP is governed by a 250-member city council, of which 198 corps represent the city district and 52 other elected city council members include city councilors, Congress, and the Legislature. Elections for councilors are held every five years. The mayor and the deputy mayor are also elected from among the elected officials.

Other departments within the BCP include the Highway Police, the City Armed Reserves (CAR), the City Special Branch (CSB), the City Criminal Investigation Unit (CCB), and the City Criminal Records Bureau (CCRB). Bangalore is home to important state institutions such as the Karnataka High Court, Vidhana Sudha (home of the Karnataka State Legislature), and Raj Bhawan (the residence of the Governor of Karnataka).

Bangalore can be a great place to live for you! After all it’s India’s most liveable city…

India’s Silicon Valley, Bangalore, has a long history of attracting foreign companies and international students to its southern soil.

The city’s capital status has brought about an influx of people from all over the country, transforming it into a highly cosmopolitan city. Being the largest city in India, Bangalore offers a plethora of amenities and facilities including state-of-the-art health infrastructure and other services.

It is also one of India’s most important educational hubs, with thousands of students enrolling in undergraduate or graduate courses each year.

Students come from all over India as well as abroad to study at Bangalore’s universities.

The development of a city is all about the people who live in it. When your city’s population grows, more and more people will migrate to your city to seek employment. As they do, they need housing options that fit their budgets. In order to provide potential customers with better quality homes, builders are mostly on their feet to deliver projects that give the best value for money spent.

As office spaces increase, you’ll see new areas like these pop-up—and if you’re planning on investing in real estate, now might be a good time as prices will surely rise as office takeovers increase. Hosur Road has already been home to several projects for the last 23 months. This locality’s first-time homebuyers have a chance to buy real estate on a budget and own something at an affordable cost.

Bangalore offers cream areas such as Hebbal, Devanahalli, Hennur Road, and many more that have developed over time and constantly evolving. With its massive growth rate, these areas accommodate some of the best luxury and elite homes.

To learn more about what Bangalore has to offer in terms of luxury properties, feel free to click here and visit luxpropserv. 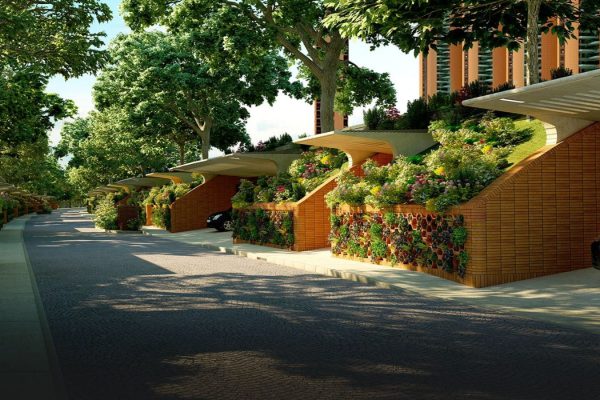 Pursuit of a Radical Rhapsody 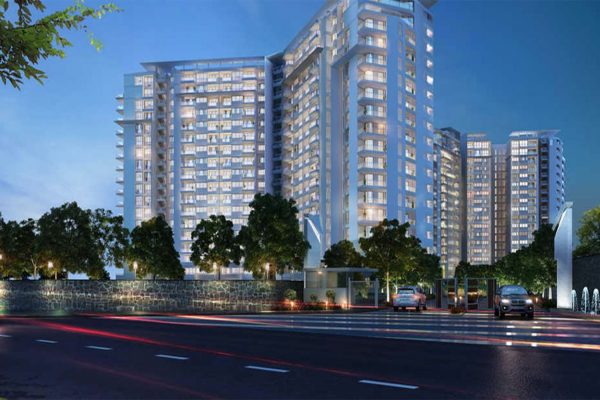 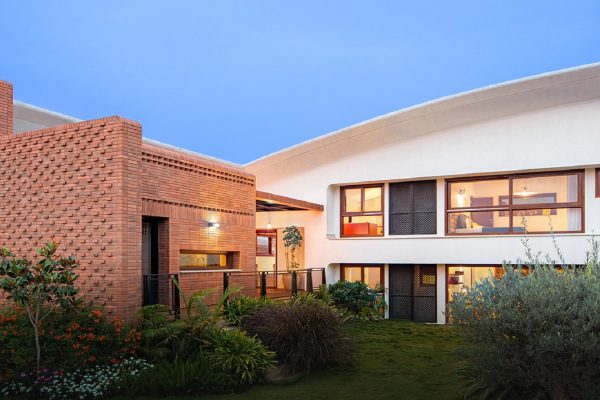 Total Environment – After The Rain 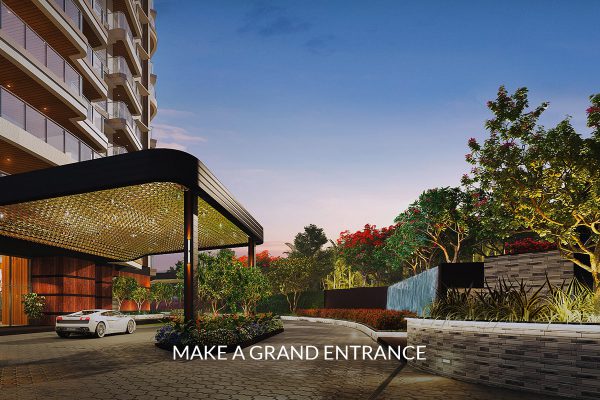 Total – In That Quiet Earth Villa

Luxury Property Services, a Delhi/NCR (Gurgaon) based venture is a full service luxury real estate agency that tailors its services to the satisfaction of our clients. We have an able team of young and dynamic consultants and professionals with a diverse set of experiences and skills in order to best leverage our position as a premium real estate firm in the industry.

All trademarks, logos and names are properties of their respective owners. All Rights Reserved.Ⓒ Copyright 2018  © Saturn Realcon Pvt. Ltd.